"Smoking is often a hot-button topic for many people. When you’re relaxing at home, how you smoke doesn’t matter; it’s your space, so you can usually follow your own rules. If you venture out, though, you have to share that space (and air) with other people. Not only can poor smoking etiquette around others make you seem like a jerk, but it can even get you in trouble in some situations."

Join Date: Oct 2007
Location: I live in two different states....Confusion and Disoriented.
Posts: 17,727
While I agree with the premise of the Thread there are and will be extenuating circumstances when it applies to Cigar Smoking. 50 years has taught me that the wise enthusiast will explore where they are allowed to smoke cigars and while the last 50 years has changed quite a bit I'd never smoke where it isn't allowed...that's wrong. There are now establishments where cigars are not allowed and they are places that sell cigars but the city or state has now changed the rules.....bars....B&M's.....outside...ridiculous. If those who don't like cigars really don't want to be around them....then find a place ( and there are tons of places for them to go ) and quit preaching to cigar smokers how bad the habit is. Ok, I'll do that WHEN you start mounting your restrictions with public transportation buses that spew and belch smoke for miles.....when factories start cutting their smoke and chemicals into the air along with so many other things that put chemicals into the air...like their big f'n Suburbans or their gas guzzling half tracks ( Hummers ) that spew stuff into the environment....when they cut back on sugar and pesticides...when they restrict the amount of processed junk in our food supply....need I go on and list things that people don't feel the need to preach about...?

Let's talk about alcohol for a few seconds.....about ALL of the accidents because of drunk drivers....cell phone use when people just have to text and drive and while they are drunk they cause untold deaths....is that too sensitive a subject matter to discuss with others.....yeah it is because the alcohol and cell phone companies have lobbyists who want to ensure that their products stay out there....even if it kills people but cigars...let's not have a discussion of something where others enjoy and will try to accommodate others around them.....but not in a CIGARS ALLOWED environment. If it's allowed ...trust me...I'm pulling one out and lighting up.

I'm fine with trying to be accommodating but there is a limit as to what I will do to do that.
gtechva, Cricket, Kernel and 1 others like this.
Busting balls since 1954.

My Indian Name...Lives For Cigars

Smoking is often a hot-button topic for many people. When youre relaxing at home, how you smoke doesnt matter; its your space, so you can usually follow your own rules. If you venture out, though, you have to share that space (and air) with other people. Not only can poor smoking etiquette around others make you seem like a jerk, but it can even get you in trouble in some situations.

Are you worried that you dont have the proper smoking etiquette? Here are a few things to keep in mind next time youre about to light up around others.

Before you light up, make sure that smoking is allowed where you are. An increasing number of restaurants and other public spaces have banned smoking; in many cities, there are regulations prohibiting smoking in all places of business (yes, including bars). If youre at a private residence, the same applies; be sure to ask your host before you light up. If smoking isnt allowed, youll either have to wait until you leave or step outside to have your smoke. Regardless of where you are, dont forget to excuse yourself if you step away.

Ask Those Around You

If youre with a group of people, take the time to ask whether they mind you smoking before you light up. Some wont care, but others might. This is especially important if you arent sure whether those in the group smoke or not. If there are other smokers in the group, take a moment to offer them a smoke as well. Even if they would rather smoke their own or dont feel like a smoke at the moment, making the gesture is the polite thing to do.

Though it should go without saying, always be careful where you direct your smoke when you exhale. Blowing your smoke in the direction of someone who doesnt smoke is in extremely poor taste  in some cases can even trigger problems such as an asthma attack. Make sure youre not hanging out beside a door or open window when you smoke, since smoke could enter the building and expose others to it as they enter and exit. Be careful with your ashes and butts, too, disposing of them properly instead of just tossing them wherever outside.

If youre around others while you smoke, make sure you dont take a puff or drag right before speaking  the last thing you want to do is end up blowing some of your smoke at the person youre talking to. Stay back slightly from others in the conversation, since youll have the smell of smoke on your breath as you talk. You may even want to carry a travel toothbrush or some breath-refreshing gum with you to freshen up after you smoke, excusing yourself to the bathroom if necessary to take care of your smokers breath.

Be polite when talking with nonsmokers, honoring their wishes if they ask you not to smoke. If youre asked to put out a cigarette, smile and put it out. It may seem like youre caving to pressure and you might feel like you have the right to finish your smoke, but remember that youre sharing the space with them as well. Carefully put your extinguished cigarette away and excuse yourself when you have a moment so you can find some other place to finish it. If someone harasses you about smoking or asks you why you do something thats so bad for you, politely state that you enjoy smoking and resist the urge to argue about it. If it continues, excuse yourself and find another conversation to join.

If smoking is allowed indoors, remember that many of these same rules apply. Be careful where you blow your smoke, being considerate of those around you. Be mindful of what youre doing while you smoke, as you dont want to accidentally drop ashes or embers on the floor. If youre worried about smoking indoors, feel free to excuse yourself for a smoke outside.

When meeting someone for the first time through an appointment, try to refrain from having a smoke until after you meet them. Coming into the meeting smelling like smoke can create a negative first impression youll have to overcome. Have a smoke early, then grab a quick shower and put on clean clothes. Dont forget to brush your teeth. Once the meeting is over, you can then excuse yourself for a smoke without establishing a negative impression right off the bat.

Join Date: Mar 2014
Location: Cana, VA
Posts: 1,870
I agree with @Cigary that this thread has a good premise. Of course, being a courteous smoker is no different than being courteous and polite in any other aspect of our lives. It's fairly obvious, tobacco is the hip thing to be against. So be it.

Quote:
Originally Posted by Puff View Post
If someone harasses you about smoking or asks you why you do something thats so bad for you, politely state that you enjoy smoking and resist the urge to argue about it. If it continues, excuse yourself and find another conversation to join.
I'm certainly up for a good conversation, and if I'm ask a question, I'll do my best to give a good, honest answer, or not answer at all. That being said, I'm not the type that should be ask a question, if the asking party doesn't want an honest answer. I've never been one that likes confrontation, and will make a reasonable effort to avoid it. I care even less for harassment. While I stand accountable for my decisions, there are not a lot of people to whom I am accountable.

Quote:
Originally Posted by Cigary View Post
I'm fine with trying to be accommodating but there is a limit as to what I will do to do that.
^^^Thanks, Gary. I feel the same way.
Cigary and Puff like this.
I've been known to give people a piece of my mind. Here lately, I'm questioning if I have enough left to share.
gtechva is offline
Quote Quick Reply
post #6 of 11 Old 07-12-2016, 05:05 AM
GrouchoM
The secret word is cigars

Join Date: May 2016
Posts: 587
Etiquette is such a wonderful subject, I have in my almost 70 years on this planet seen so many things that was expected when for instance you went to a wedding just disappear.

I am not sure if it is etiquette or good manners but I personally would have paid hell had I forgot to send my mother a mothers days card. My step sun never remember to do this, he wishes her a happy Mother's Day on Facebook.

The only way to get people to practice Etiquette is to teach then the rules of the Cigar smoking game.

I was at the local Cigar Lounge yesterday I need a relate, one of ther other guy offered me his lighter, I used it, as I handed it back I think him. I have seen others do the same thing, and never get a thank you.
gtechva likes this.
Last edited by Tabloid Snapper; 07-12-2016 at 02:06 PM.
Tabloid Snapper is offline
Quote Quick Reply
post #9 of 11 Old 07-12-2016, 12:30 PM
Hudabear
Leading Puffer Fish

A little typo my friend 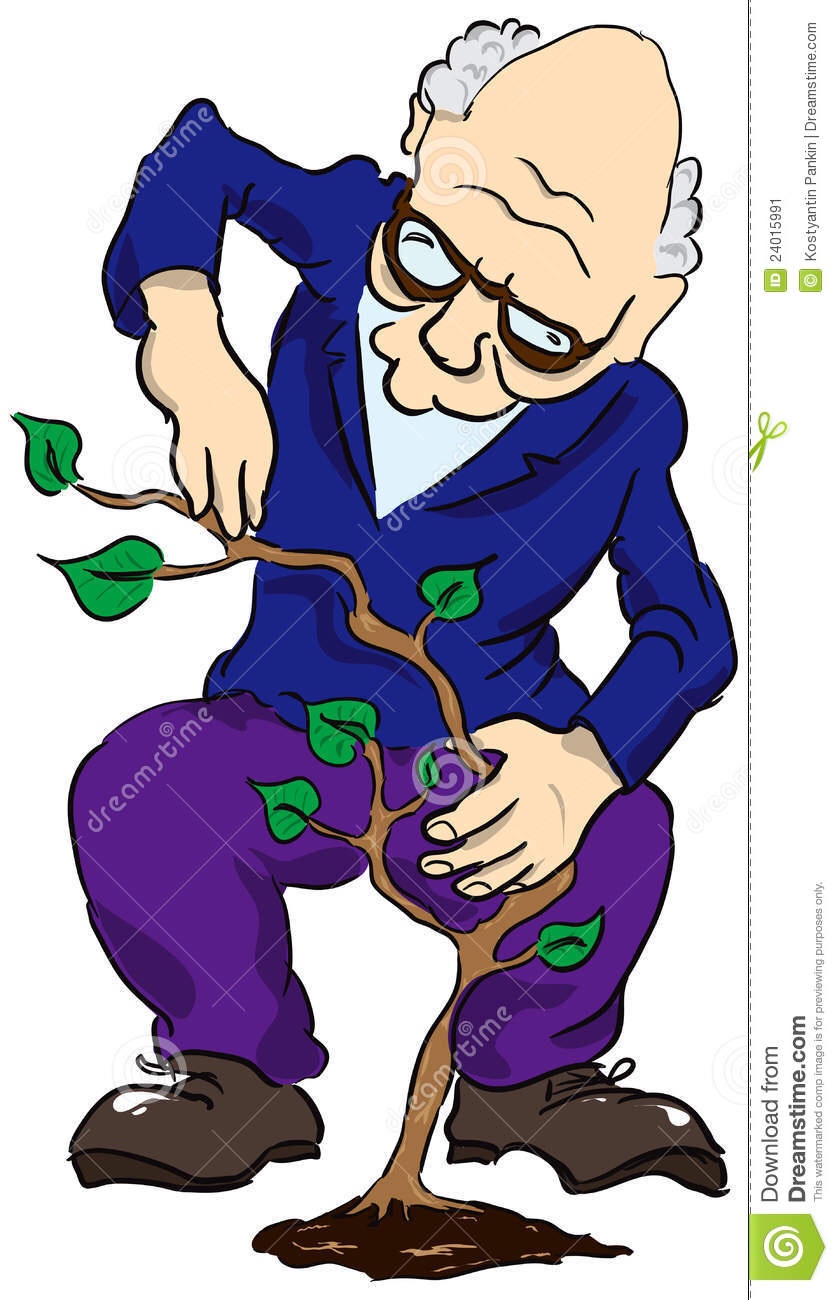 Join Date: Jun 2016
Location: 105degree Hells Gate, Alabama
Posts: 257
With the proven dangers of second hand smoke I do watch where and when I puff. As far as etiquette goes I just call it common sense. If ya think its wrong well then it probably is. For the most part I do not puff in public just to avoid problems unless I know that where I am going has signs all over the place that say I can smoke I leave my stuff at home. If on long trips away from home that I want a smoke I simply find a quiet spot outdoors away from folks.

I live with a woman who I will refer to as the Nicotine Nazi. She hates everything about tobacco and I hear it all the time but even though I do get tired of her rants I find myself respectful of her space and would never subject her to anything she deems evil...lol. Just as I would any other person out there. Etiquette is just a fancy word for the customary code of polite behavior in society or among members of a particular profession or group and dang hard to spell for someone with limited education.
UBC03 likes this.
greenmonster714 is offline
Quote Quick Reply